Have you ever dreamed of starting a high-tech company in your garage, being in close contact with your growing staff and eventually developing all kinds of robots? Then you’re in Good Company. Welcome to our Corporate Machinery Simulator! 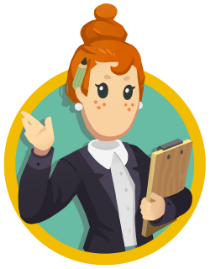 You have a long road ahead, though. Founding and expanding your robot building empire is a huge adventure. Let’s introduce you to the core challenges that await you.

Good Company will be developed further during the Early Access Phase. Here's an overview of what will be happening. Although we made this roadmap very carefully, please keep in mind that plans can change and that we have to react if problems with gameplay systems emerge.

Keep your company in order by setting up an organizational structure!

Find new ways to improve your business with policies and better equipment!

Alter the game parameters and rules and play challanges made by the community!

Hire employees with different qualifications and optimize their efficiency!

Refine each step in your production line to create the best products!

Found a company with your friends and build up your empire together!

Promote your products and boost your sales with the proper market strategy!

Take on challenging contracts and earn the big bucks in the big leagues!

Change the game! Take it apart and give it a new shape!

Be part of the development! Tell us what you would like to see in your future Good Company!

Running out of challenges? We got you covered!

Help us to find nasty bugs, we'll fix them and add small quality of life features!

BE PART OF THE COMMUNITY

We hope you are more than curious about Good Company by now. If you're eager to follow - or even support - our development of the game, subscribe to the newsletter and check out our other channels to stay updated. We look forward to welcoming you on board!

Subscribe to the Good Company newsletter and stay up to date. Get announcements and update information delivered to you mailbox.

Q: How about mod support?
A: Since Good Company would greatly benefit from a creative modding community, we had mod support in mind early on. At some point in Early Access development, we are going to focus specifically on modding support and are looking forward to getting in touch with early modders to flesh out interesting approaches.
Q: I love robots! But will I be able to build other products, too?
A: With Good Company we want to bring you a tycoon game with an interesting theme. Right from the start we found the idea of inventing technology gadgets in your garage and working your way up to building exciting robots very intriguing. That being said, due to the planned modding support and future expansions, it should be well possible to add completely new products to the game.
Q: Does the game offer some kind of story?
A: While the most important story is the one you are creating yourself by building up and leading your company your way, we also have implemented a narrative development in the Campaign Mode. You will get to visit individual locations, meet lovely characters and even be able to enjoy some self-contained 'mini-quests' in the form of challenges.
Q: Can I play Good Company together with my friends?
A: We have already started working on and testing a basic cooperative multiplayer mode. However, to ensure a stable and fun coop experience, we will still have to work on this, so it's not implemented for Early Access launch. We also have discussed a competitive multiplayer mode, which will require even more work. We will keep you posted about this during Early Access.
Q: So, what features do you plan to implement during Early Access?
A: There will be a lot more stuff being added to the game. We have created a Roadmap as an overview for things to come. That being said, if our community comes up with great ideas or important issues, we might be addressing these too, if possible.

Q: Is Good Company recommended for experienced simulation players only?
A: The game already offers a great complexity in regards to managing employees, optimizing production processes, and tackling the markets. During Early Access we will add even more depth. But we want to make Good Company as accessible as possible even for casual simulation players by providing an extensive in-game manual and a flexible onboarding process in the Campaign mode. To have fun with the game, players just need to invest as much curiosity as possible, and a little patience.
Q: How can I support you besides buying the game?
A: The best support for us is an invested community! Follow us on social media, and give us feedback about your play-session or even while watching other streaming their play-sessions. Spread the word and give us honest and constructive feedback!

Good Company is currently available in Early Access on these sites

Get it on Steam

Get it on GOG